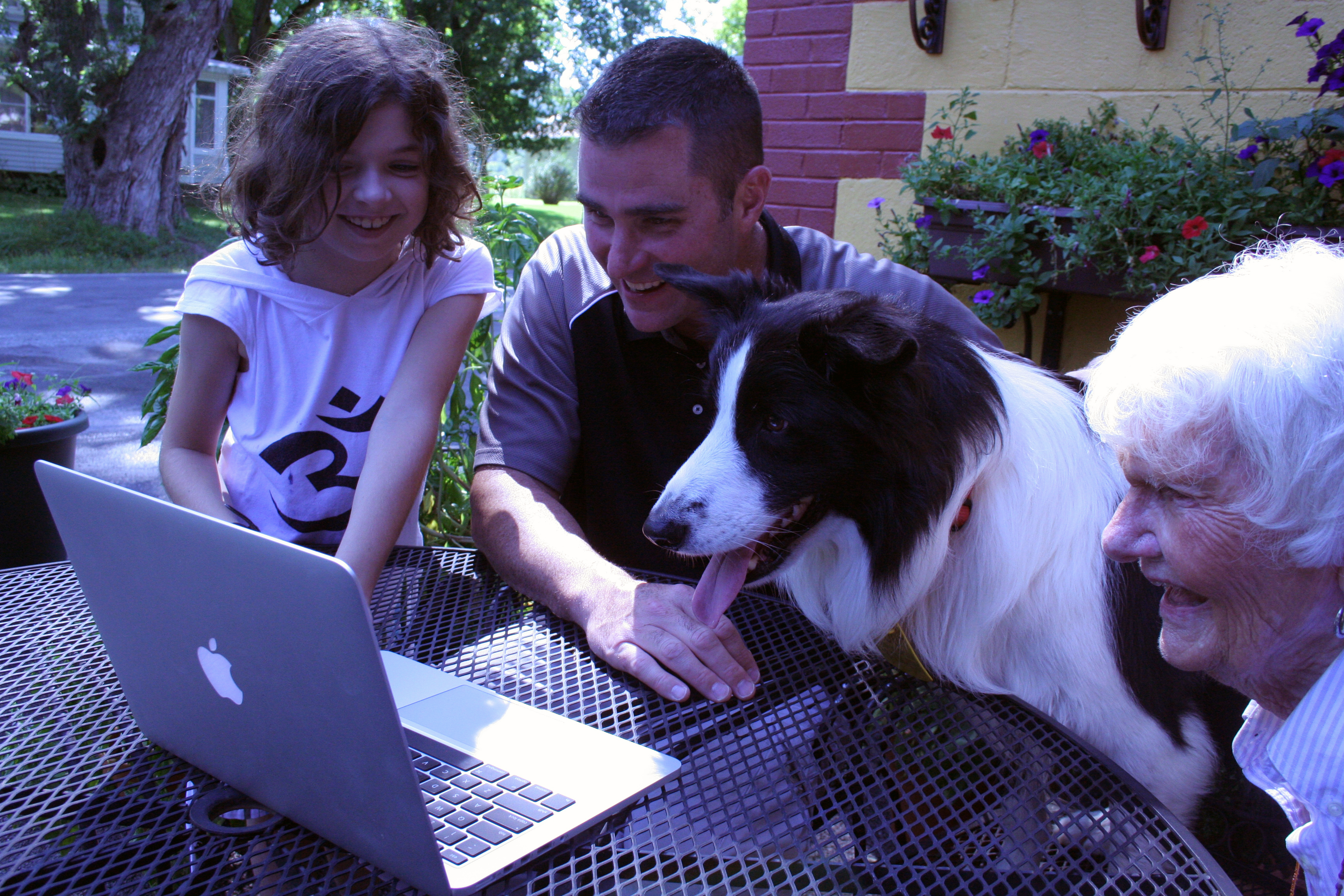 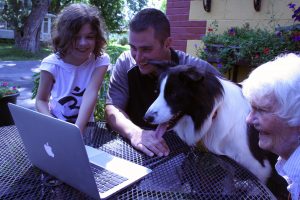 “People approach us all the time,” says Jason Becker, Executive Vice President and General Manager of MIDTEL, a company begun in 1897 by some local businessmen, which his great Grandfather eventually took over, and which is still headed by his 93-year-old Grandmother.  “Everyone wants high speed internet, and they want it yesterday.  We understand that, but it takes a long time to build that infrastructure….and it isn’t cheap.”

When Shannon Hayes of Sap Bush Hollow Farm in West Fulton sat down with Becker, she wanted internet, too.  But Hayes had a different vision.  A third generation livestock farm, Hayes’ family farm was in transition, a process where the next generation steps forward to assume responsibilities and has to create a new vision to sustain the family business and all the generations going forward.

“We’ve been selling grassfed meat to our community for years,” Hayes explains, “and I’ve learned that people don’t just go to a family farm to buy food and look at the pretty sheep and chickens these days.  They are coming to connect with their neighbors.”

So Hayes and her husband Bob Hooper decided not to buy more farmland.  Instead, they bought the local post office, which had an old garage that was the former firehouse.  They began renovating the firehouse into a cafe in 2015.  “We wanted to give our neighbors a gathering space while serving our farm-raised foods,” Hayes says.  “But we realized they needed more than a place to talk.  They needed access to the internet, because most of them are hidden away in these hills, and they can’t get online to see to their basic business and correspondence.  A lot of our neighbors were driving 30 minutes just to get to a library if they needed decent internet.  I know families who have to drive down into the valley several times a week, just so their kids can do their homework.”  Hayes called MIDTEL and asked for a meeting.

“I thought they would blow me off,” she says.  “But they didn’t.  Mr. Becker sat with me and explained the technology and labor involved, all the production costs.”

“Hayes’ plan captured our interest,” says Becker.  “It’s great to be in a family business, and the technology is fascinating.  But what really moves us is the social side of what we do, the role we can play in growing our community.”  When asked to explain how a phone, cable and internet company takes care of community, Becker laughs.  “Usually, it means fixing the phone lines after floods and ice storms.  Sometimes it means sending a technician out in a snowstorm to help an elderly lady change the batteries in her remote control.  Sometimes it means listening to a farmer who wants high-speed internet for her town.”

Together, Hayes and Becker worked out the costs.  “I thought I would scare her away once she realized what it would take,” Becker notes.  “But she thought, if we partnered together, we could make it happen.”

“Mr. Becker talks in acronyms, megabits and gigabits.  A lot of it is lost on me.  But when he started explaining the slow return on investment for the infrastructure, we had a common language,” Hayes says.  “It would take MIDTEL about 30 years to recognize a return on investment for installing fiber to the home technology in our neck of the woods.  For any other business, that might seem like a foolish investment.  But in farming, that’s a pretty normal decision to make.  We don’t always immediately benefit from our investments.  Sometimes we do things for the benefit of the next two or three generations.  He didn’t manage to scare me at all.”

Together, Becker and Hayes brought the idea to West Fulton.  Hayes wrote letters and helped organize informational meetings.  Becker sat down and explained everything that was involved to anyone who was interested. Hayes and Becker came up with a cost sharing plan between them.  And this month, the tiny hamlet of West Fulton goes live with fiber-to-the-home technology, with faster internet speeds than can be had in downtown Albany.  And anyone can walk into the Sap Bush Cafe next door to the post office to jump online.

“I don’t think this could have happened with any other company,” says Hayes.  “I can think of a lot of major corporations where I wouldn’t have gotten beyond an automated phone menu.  This wasn’t a dollars and sense project.  It was about heart and soul.  Whether its a family farm or a family company, when we’re rooted to one place, we have the power to make those kinds of choices.”