MIDTEL will make more than $8.5 million dollar in additional investments in its Fiber To The Home (FTTH) deployments in Schoharie County. As part of Phase 2 of the New NY Broadband Program, MIDTEL will install fiber optic cable directly to homes and businesses in portions of the towns of Broome, Blenheim, Carlisle, Cobleskill, Conesville, Fulton, Gilboa, Jefferson, Middleburgh, Richmondville, Schoharie, Summit and Wright. 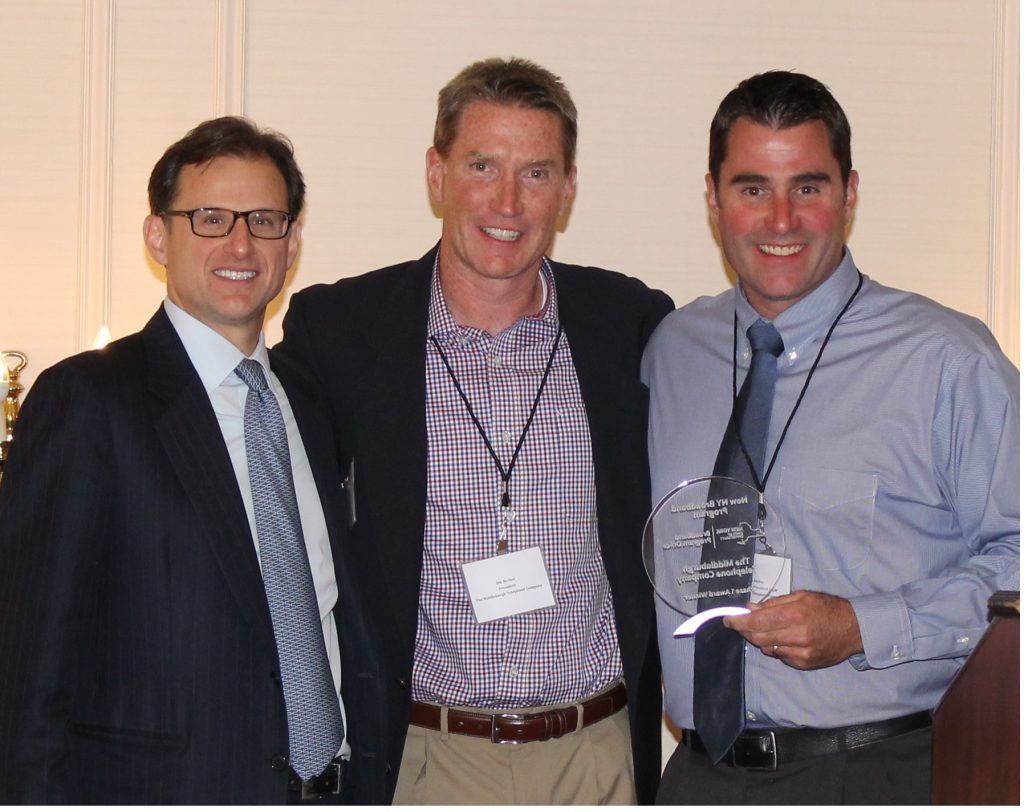 MIDTEL was awarded a $5.5 million dollar grant under the New NY Broadband Grant Program. The $6.9 million dollar overall project, which includes MIDTEL's $1.4 million dollar private investment, will bring fiber optic based broadband services with up to 1Gbps in speed to 1650 homes and businesses in the towns of Blenheim, Broome, Conesville, Fulton, Gilboa, and Rensselaerville.

Founded by MIDTEL President Jim Becker and three other firms, INOC, opened its doors on a second location in the Capital Region. INOC is a market leader in the datacenter business in the Capital Region, and provides mission critical services to small to large businesses and telecom/Internet services providers in the Northeast.

MIDTEL began providing the National Baseball Hall of Fame (HoF) in Cooperstown with wireless services for its Hall of Fame Induction Weekend. The service helps the HoF, its employees, members of the press, vendors, private and government based security, and the Major League Baseball (MLB) Network.

MIDTEL works with fixed wireless broadband service products from three different wireless equipment manufacturers and was chosen as a national test location in 2013 for one of those companies. The test was very successful and MIDTEL has the ability to provide this type of wireless service throughout the areas it serves.

ION completed the American Recovery & Reinvestment Act (ARRA) grant project to build out another 1,300 miles of fiber through underserved areas of NY, PA, and VT. The project was successfully completed on-time and on-budget. MIDTEL is one of ION's largest investors and was successfully managed by MIDTEL employees Jim Becker and Joe Calzone from 2006 through 2013.

ION's American Recovery & Reinvestment Act (ARRA) grant project to build out another 1,300 miles of fiber through underserved areas of New York, Pennsylvania, and Vermont was named one of the “Top Projects Changing America” by President Obama's office. This was one of only two broadband projects in the country given this honor.

The Schoharie Valley and its residents and businesses were hard hit by the effects of “Irene” and “Lee”. MIDTEL spent over $2 million dollars and employees worked 14+ hour days for 45 days straight to help restore telecom services in the affected areas.

ION was a recipient of an American Recovery & Reinvestment Act (ARRA) grant which provided ION with $40 million dollars towards a $50 million dollar project to build out another 1,300 miles of fiber through underserved areas of New York, Pennsylvania, and Vermont. 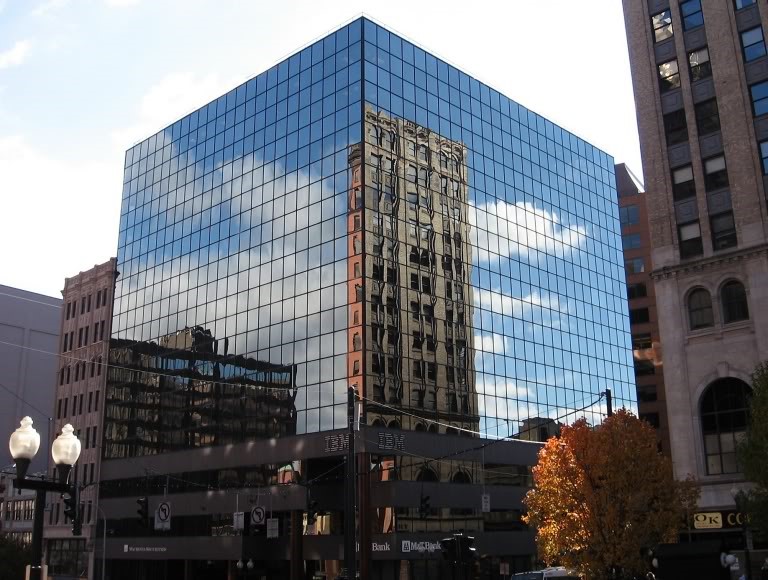 INOC moves its datacenter and offices to a larger location in downtown Albany. The new 80 State Street location quadrupled the size of the original site and added more flexibility for future expansion.

MIDTEL and twelve other rural telecommunications companies realized they needed a more diverse and affordable network connecting their companies to the “outside world”. Formed by these thirteen New York State rural Telco's, including MIDTEL, INOC started out as a 2300 mile fiber optic network across upstate New York. Fully operational in 2006, the robust fiber network encompassed and connected New York City - Champlain - Albany - Buffalo - Jamestown - Binghamton, including many points in between. This fiber network is capable of carrying multiple 100Gbps circuits on a single pair of fiber.

In the Summer of 2000, MIDTEL rolled out its high-speed Digital Subscriber Line (DSL) service to provide its customers with the capability to make Internet connections tens of times faster than 56Kbps dialup modems, all without sacrificing the voice capability of the customer's phone line.

The MIDTEL further diversified itself by forming its own long distance company, MTLD , short for Middleburgh Telephone Long Distance. MTLD was founded and built on the same principles the telephone company and its subsidiaries live by: customer service. MTLD offers quality long distance, cellular, paging, toll free numbers, calling cards, tele-conferencing, and communications consulting throughout New York State. The MTLD staff works closely with its customers, both business and residential, to ensure they have the best services possible.

In the early part of 1996, MIDTEL added local Internet access for most of Schoharie County and parts of Albany County through its MIDTEL NET subsidiary. By connecting through a local telephone number, Internet subscribers had direct access to the entire world. MIDTEL NET continues to improve its products and services today.

The Switch to Digital

Between 1986 and 1990, The Middleburgh Telephone Company started a system-wide improvement program to bring full-digital switching service to all customers. The new technology enabled MIDTEL to provide new and improved services including call waiting, call forwarding, speed calling and three-way calling. 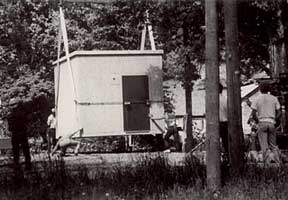 Middleburgh Telephone has been expanding existing services by placing 70 miles of fiber optic cables between its Digital Central Office in Middleburgh and ten remote line switches in the rural areas. The wire inside these cables--individual fiber optic glass wires sheathed inside the cable--are not much larger than individual human hair. Unlike wire cable, fiber optic cable is not affected by moisture from snow and rain, electricity, magnetic fields or lightning.

After serving  as a 4th Grade teacher in Duanesburg for over 15 years, Marge found herself working part-time at night for the telephone company doing completing work orders and other administrative items that needed attention. Marge finally joined the company full-time in 1973.

Randy served as President and General Manager of the company from 1973 until his death on April 1, 2006.

The purchase and conversion of the Bramanville Telephone Exchange

The company purchases the Bramanville Telephone Exchange and quickly rolls into the company's network. 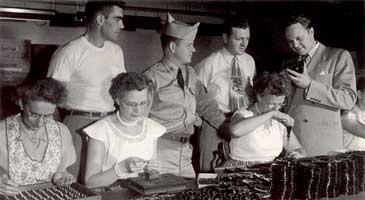 Randall F. Becker (standing at left) tours the Stromberg-Carlson plant, which provided the XY equipment for MTCO's conversion to dial service. With him are instructors of the XY Training School and Stromberg-Carlson officials. After quickly learning the business, Randy became General Manager. 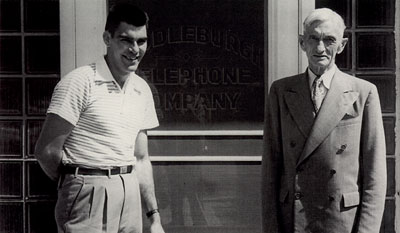 Middleburgh customers were then introduced to the revolutionary, modern dial tone instead of the constant intermediary of a local operator working with a magneto switchboard.

The Switch From Magneto to Dial Service

The conversion from magneto to dial service was, indeed, a revolutionary change for telephone customers back in the 1950s. It was a major technological step forward for the company, but also instantly established some additional calling "freedom" for telephone users.

Randy Becker explains what the changes meant to Middleburgh Telephone customers: "In Middleburgh we had two magneto switchboards, located over the Valley Theater, to handle the calling needs of our customers. Each board had 160 lines, so we had a capacity of 320 available lines at that time.

After conversion to dial, party lines of 20 or more customers were reduced to 10-party lines, and, eventually, to four parties on a line. Gradually, over the ensuing years, individual service was offered to all Middleburgh Telephone customers. 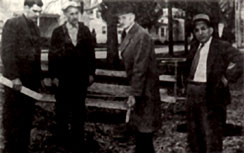 In 1952, The Middleburgh Telephone Company broke ground for its new headquarters at Cliff Street and Wells Avenue, where the company still stands today. 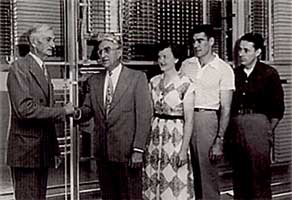 Between the end of the war and 1959, Middleburgh Tel was able to continue to change with the times and adopt the latest advances in telephone technology. The company embarked on an improvement program to convert the old magneto service to dial operations. Franklinton area customers became one of the first areas in New York State to have dial service.

Two years out of military service with the US Army Air Corps, E. Scott Rose's son-in-law, Randall F. Becker, joined the company and worked both in the central offices and the outside plant. He learned the business from the "bottom up" literally, as was the experience with many family-run telephone companies, doing whatever was necessary to maintain telephone service to the community.

Randy and Marge had always known each other growing up but never dated. After high school graduation, Randy had been away attending Syracuse University and serving in the Army – Air Force Division for four years during World War II. After his discharge in 1944, they began dating and were married in 1946.

In 1939, the company acquires the small, rural Coons Telephone System, owned by Mr. Coons, in Huntersland. This was one of the last so-called "farmer's line" systems in the area.

World War II in Europe and the Pacific diverted essential materials such as telephone switching equipment and wire to the massive nationwide war effort, and Middleburgh Telephone had to "make do" with existing equipment as it willingly cooperated with that effort. 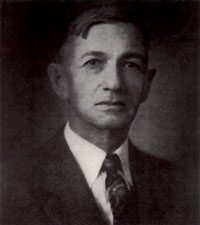 E. Scott Rose was elected president of The Middleburgh Telephone Company in 1936. Over the next 36 years, the company continued to grow and experienced many changes, but the growth did not come easy nor did the technological expansion.

The company's first president, Dr. Best, died after faithfully guiding the telephone company for 38 years. Baird L. Elsbree took over as president at the time and was quickly followed by another local entrepreneur, Lewis Coons, who served as president for almost a year.

Marjorie Silliman Rose, the daughter of Edmund Scott and Florence Pindar Rose, was born into the telephone business on August 10, 1922 - only no one knew it at the time. Her father, E. Scott Rose, had grown up on a farm in Hobart, NY, where he and Marge's grandfather had strung a wire from the barn to the house so they could communicate with her grandmother. As other farmers around the area learned of their system, they asked the Roses to do the same for them and the Rose Telephone Company was born.

Shortly after Marge's birth, the family sold their company in Hobart, and moved to Middleburgh, where her father went to work for the 25 year old Middleburgh Telephone Company.

As telephone and electric utility service really started to become a necessity in the everyday lives of many local residents, Middleburgh Telephone entered into a contract with The New York Telephone Company and The Middleburgh-Schoharie Electric Light, Heat and Power Company to erect joint pole lines on River Street in the Village of Middleburgh. It was the first of many such agreements to come. 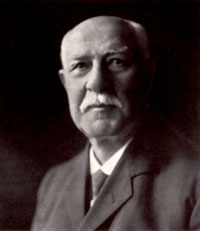 It was the way things were in the year 1897, when a group of local businessmen saw the necessity of a more efficient means of communication. Under the leadership of Dr. Christopher S. Best, the group met on September 6 to organize a telephone company for the community.

Led by Dr. Best, the first step the founders of the company took was to lease an office in the front rooms of the second story of the Watson Building on Main Street in Middleburgh for an annual fee of $84.00. Next, they purchased a switchboard and bought 30 locust poles and five miles of wire. Over the next several years, The Middleburgh Telephone Company grew steadily in both the numbers of customers and the size of its plant.